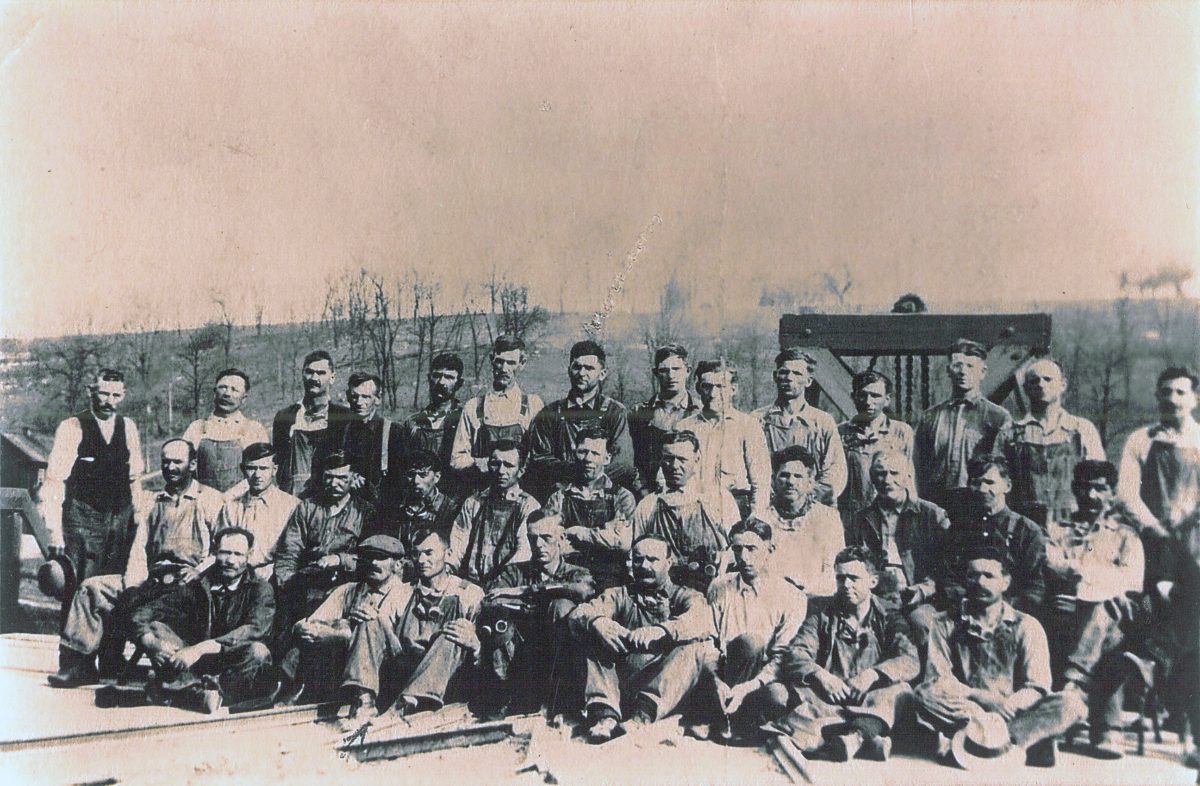 Thanks to Arlene Gardiner for sending me a copy of this photo. It captures one of the quarry crews for Pittsburgh Limestone Corporation in 1924 atop the stone crusher. One of her ancestors is in the photo as are two of mine. Back in 1998, she (daughter of one of the men in the photo) and Joseph Skvir (son of the John Skvir in the photo) identified all the people they knew in the photograph. I’ve created an identification sheet for the photo and used the names they provided. But there are still plenty of unidentified men in the photo.

Most likely this is an earlier iteration of the crew that had its photo taken perhaps ten years later in the Company Outing photo I’ve previously posted. For example, the Mike Wapner in that photo is the son of the Michael Wapner in this photo. I should point out that I’ve opted to use the provided spellings. We see in the Company Outing No. 6 is Mitro Karol while in this photo he is identified as Demetri Karol (Demeter=Metro). And then in some cases we have names with numerous variants. For example, Vasil Fek and Frank Speck are brother despite their differing surnames. If the names in the photo are too small to read, you can click the image and the larger size version should load.

Something else worth noting is the background. Anybody who has driven around Ganister or the Williamsburg area will know the area as forest-covered except for the areas cut down for farming. The mountains in particular are covered in trees. But if you look at the background, you can see that by 1924 the mountains are almost completely deforested.

Trees provided useful fuel for furnaces as well as raw materials. And so the area’s natural forest was largely chopped down. It would not be until decades later, after the closure of the quarries, that nature recovered and trees returned to the area.

In fact, if you wander around the area, you’ll see crumbling remains of homes and quarry infrastructure covered by vegetation as nature reclaims the land.